Watch more cool animation and creative cartoons at Aniboom
Posted by Lighthouser at 2:42 PM No comments: 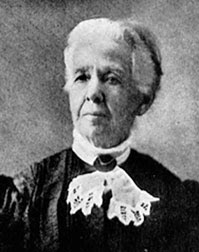 Alexander Bray became the principal keeper of the twin light station at Thacher Island, off Rockport, Massacusetts, in 1864. Bray—a Civil War veteran—and his wife, Maria (Herrick), were both descended from old Gloucester families. Bray had been an assistant keeper since 1861.

Maria Bray was described as a woman of unusual literary abilities. She contributed articles to the local newspapers and wrote short stories, and for a time she served as the editor of a literary magazine called Magnolia Leaves. During her time on Thacher Island, Maria developed an interest in the classification of marine plant life. She assembled an important collection of sea mosses and algae, and became a recognized authority on the subject. She also learned to perform all the light-keeping duties of her husband.

On December 21, 1864, one of the assistant keepers fell ill with a fever. Keeper Bray and another assistant left for the mainland to take the ailing man to a doctor. They left Maria in charge of the station. The only person with her was her 14fourteen14-year-old nephew, Sidney Haskell.

A heavy snowstorm blew in later that day, making it impossible for Alexander Bray to return to the island. Maria Bray and Sidney Haskell braved the high winds and heavy snow to light the lamps in both towers. Each tower had 148 steps to the top, and Maria had to repeat the trip three times that night to keep the lamps supplied with oil and the lantern room panes free of soot.

A second night passed before Alexander Bray could return to the island, and not once did Maria allow either light to go out. It was a happy Christmas as the Brays were reunited. The Brays left the island in 1869.

In the spring of 2000, a new Coast Guard “Keeper Class” buoy tender was launched, the Maria Bray. On its way to its homeport in Mayport, Florida, the vessel stopped for a ceremony near Thacher Island. Members of the Thacher Island Association were on board and a wreath was placed in the ocean in Maria's honor.

Photo courtesy of the Thacher Island Association.
Posted by Lighthouser at 10:30 AM 1 comment: Another non-lighthouse image today. This is a photo of the Maine schooner Steven Taber that I shot on a foggy day a couple of years ago. I've added a texture to give it a mysterious look. Someone suggested that it looks like an 1812 privateer in the smoke of battle.