Faulkner's Island Lighthouse (1802) is Connecticut's second oldest lighthouse and the only active light station on an island in the state. Faulkner's Light Brigade has been an exemplary steward since the early 1990s. For more information, click here and here.
Posted by Lighthouser at 10:10 AM No comments: 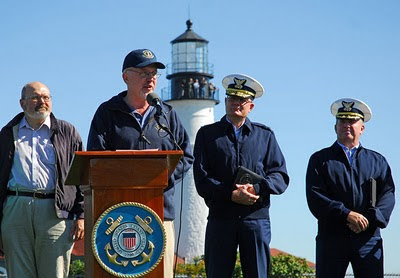 My friend William Marshall took this photo of me speaking at the Maine Open Lighthouse Day event at Portland Head Light this past Saturday.

It was an honor to be part of this event and to be in such distinguished company. It was a great day for lighthouses. Thanks to William for the pic!
Posted by Lighthouser at 7:27 PM No comments:

I'll be giving the following lectures in the next few weeks:

Borden Flats Light, a cast-iron caisson lighthouse built in 1881 near the mouth of the Taunton River, was offered in 2006 to any suitable nonprofit organization or community under the National Historic Lighthouse Preservation Act (NHLPA).

There were no applicants, so the property was auctioned to the general public under the guidelines of the NHLPA. It was originally sold to Michael Gabriel in 2008, and Mr. Gabriel announced plans to operate a microbrewery to produce beer inside the lighthouse. According to the GSA, Mr. Gabriel defaulted on the sale. The lighthouse was once again put up for auction earlier this year.

“I want to restore it back to what is was originally and I want to make it accessible to the public,” Korstad told a writer for the Fall River Herald News. “Beyond that, we don’t have firm plans.”

Based on my correspondence with Nick, he seems to be sincerely dedicated to the preservation of the lighthouse and to the idea of public accessibility.  I'm hopeful that this historic property is in very good hands.
Posted by Lighthouser at 2:19 PM No comments:

The following is the speech I made at the Maine Open Lighthouse Day event at Portland Head Light yesterday. 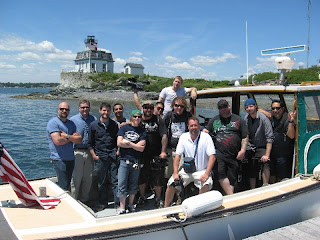 This just in from David McCurdy, executive director of the Rose Island Lighthouse Foundation in Newport, Rhode Island:
In May 2010, the world famous television show Ghost Hunters spent two days investigating the Rose Island Lighthouse.  The team brought along Hollywood producers and high quality filming equipment to what was an exciting couple of days for our little island.  I do not want to spoil the show but I can tell you that what they found was really cool. 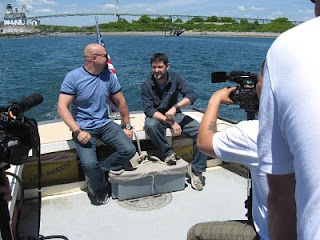 The show will be on the Syfy Channel on September 22 at 9 pm.
According to the Syfy Channel, at Rose Island the crew found "some of their most incredible evidence to date." This should be a very interesting show!
Posted by Lighthouser at 3:50 PM 1 comment: 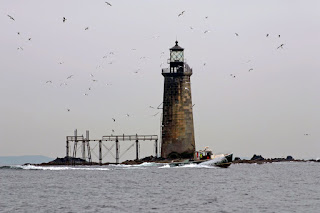 Ram Island Ledge Light, offshore from Cape Elizabeth, Maine, was sold at auction Tuesday for $190,000, ending an online bidding war that made it one of the priciest lighthouses to be put on the market in the Northeast.

A new bidder has entered the competition to buy Ram Island Ledge Light, raising the price to $190,000 and extending the online auction at least one more day.


Click here for details.
Posted by Lighthouser at 12:58 PM No comments:

Spotlight on Maryland's Lighthouses this Fall

This news comes from outside the New England area, but I thought I should pass it along. The Maryland Office of Tourism is encouraging residents and visitors alike to explore the Chesapeake Bay and the local towns that line its shores. Lighthouses are iconic symbols of Maryland’s maritime culture.

"The lighthouses that still stand – some completely restored with period décor and exhibits – are unique artifacts of a different era," says Margot Amelia, executive director of the Maryland Office of Tourism. "They have a certain mystique to travelers. Some you can visit in person. Others you can view from the water when you take a charter-boat lighthouse tour."

Click here for more information on Maryland lighthouses you can visit.
Posted by Lighthouser at 7:49 AM No comments:

Read the latest chapter in this ongoing drama here.
Posted by Lighthouser at 8:49 PM No comments: 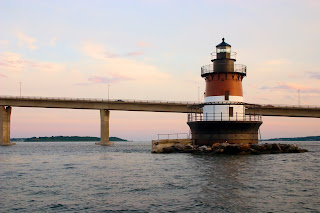 This just in from the Friends of Plum Beach Lighthouse in Rhode Island:
Last month, workers from Abcore Restoration of Narragansett, Rhode Island, arrived at Plum Beach Lighthouse and started preparation work for repainting the lighthouse.  They first had to build a safe work platform around the lighthouse base, then went about the task of removing the rusted areas of the basement level.  The north side of the lighthouse has taken the brunt of the decay since its 2003 renovation, and the paint had all but disappeared.  The south side of the structure is still in good shape, all the paint has been removed and the metal sealed with a special epoxy to insure it against new rusting.
Posted by Lighthouser at 11:59 AM No comments: 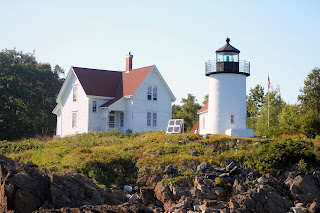 Curtis Island Light Station, located at the head of Camden Harbor, is one of the crown jewels of Midcoast Maine, but like all historic sites located in close proximity to the sea, it requires constant maintenance to keep it looking its best.

You can read the rest of this story by clicking here.
Posted by Lighthouser at 11:26 AM No comments:

The closing date for the government's auction of Ram Island Ledge Lighthouse is now September 13 (Monday). At this moment, the high bid is $180,000.

According to news reports, Portland real estate developer Arthur Girard and Dr. Jeffrey Florman, a neurosurgeon from Windham, Maine, flipped a coin Friday to determine which one of them would drop out of the bidding.

The government's auction of Ram Island Ledge Lighthouse, a 90-foot granite tower built off Cape Elizabeth, Maine, in 1905, ends today. The high bid at this moment is $85,000. Let's hope the high bidder has the best interests of the lighthouse at heart.

Posted by Lighthouser at 7:05 AM No comments:

New paint for the Nubble 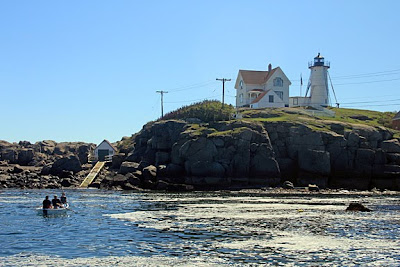 Cape Neddick Lighthouse in York, Maine, affectionately known to lovers of lighthouses and the Maine coast as the Nubble Light, has just gotten a shiny new coat of paint thanks to the York Parks & Recreation Department. The painter in charge of the work was Gordon Lindquist. 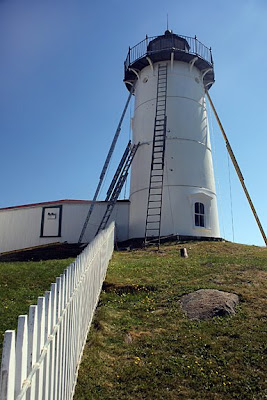 Thanks to Mike Sullivan and Mike Lewis of the York Parks & Recreation Department, I got a ride out to the Nubble last Monday along with Bob Trapani and Ann Trapani of the American Lighthouse Foundation. Here  are some photos from that visit. 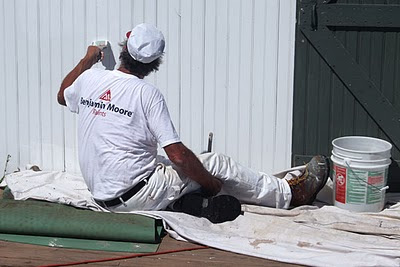 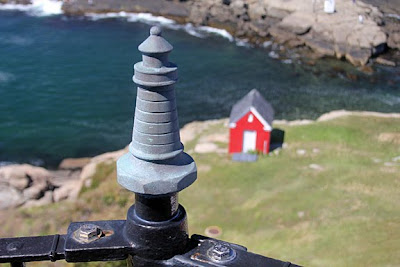 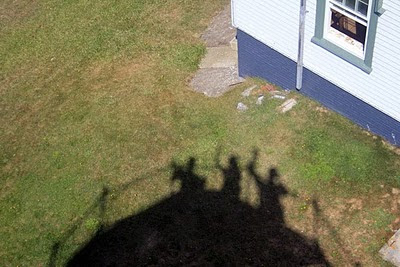 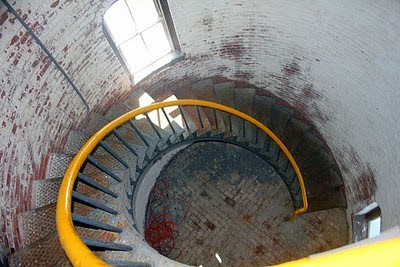 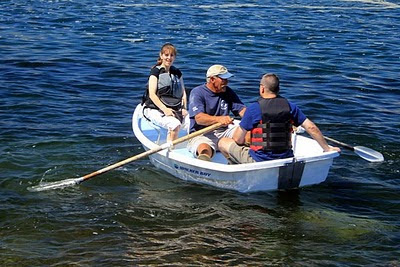 Posted by Lighthouser at 11:38 AM No comments: