From its first lighting in 1898 until 1942, when the Coast Guard took over from the Lighthouse Service, Butler Flats Light in New Bedford, Massachusetts, had only two keepers, Captain Amos Baker Jr., and his son, Charles A. Baker.

Amos Baker Jr., had been in charge at Clark's Point Light in New Bedford for some years earlier, and his father was keeper there before him. In total, the two lights were kept by the Bakers for about 80 years.

After arriving at the lighthouse in April 1898, Amos Baker, Jr., wrote:

At 7 A.M. took charge of Butler Flats Lighthouse with Charles A. Baker as Assistant Keeper. The lighthouse is new but found it very wet and leaky and very dirty and everything topsy turvy.

Captain Amos Baker Jr. was widowed twice during his years at Butler Flats, but his loneliness was eased by the fact that his son, Charles, was assistant keeper. He also had occasional visits from his daughter, Amy.

Some of the logs of Captain Baker are in the possession of the Old Dartmouth Historical Society. The entry for Christmas in 1907 reads:


A pleasant Christmas Day... Squally in the evening, but we had some music from the phonograph so we had sunshine inside.

A fog bell was sounded by an automatic striking mechanism when needed, producing a double blow every 15 seconds. Amy Baker enjoyed saluting passing vessels with the fog bell.

The famous Captain Joshua Slocum once gave Amy a copy of a booklet about his sloop Spray with the inscription, "To the little girl who rang the bell each time I passed the light."

To one not used to it, it would seem almost unbearable when going for any length of time, but I have often been told in the morning that it had been running during the night, when I knew nothing of it, sleeping soundly all the while. Vessels are saluted by this bell.

In the winter ice shakes the light a good deal at times and it is scarcely pleasant to have the chair in which you sit shake and realize what might happen if the ice proved stronger than the iron plates of the caisson.

When Amos Baker died in 1911, his obituary recounted his fascinating life. Baker had first gone to sea Messenger, of which his father was captain. In 1862, as third mate on the bark Stafford, Baker had his leg broken in two places by a whale and spent 80 days on his back. By 1874 Baker had beome captain of the bark A.R. Tucker. He was appointed lighthouse keeper at Clark's Point after his second voyage as captain, which lasted 29 months.
as a 12-year-old cabin boy on the whaling ship

According to Baker's obituary:

For 13 years he lived in Butler Flats Lighthouse. Visitors occasionally came alongside, and Captain Baker's cheery, "Come aboard!" always made them glad to obey and see the old seaman's comfortable house.

Visitors' signatures in the register while Amos Baker was keeper included that of President Grover Cleveland.

For more on the history of Butler Flats Light, click here.
Posted by Lighthouser at 9:42 AM No comments: 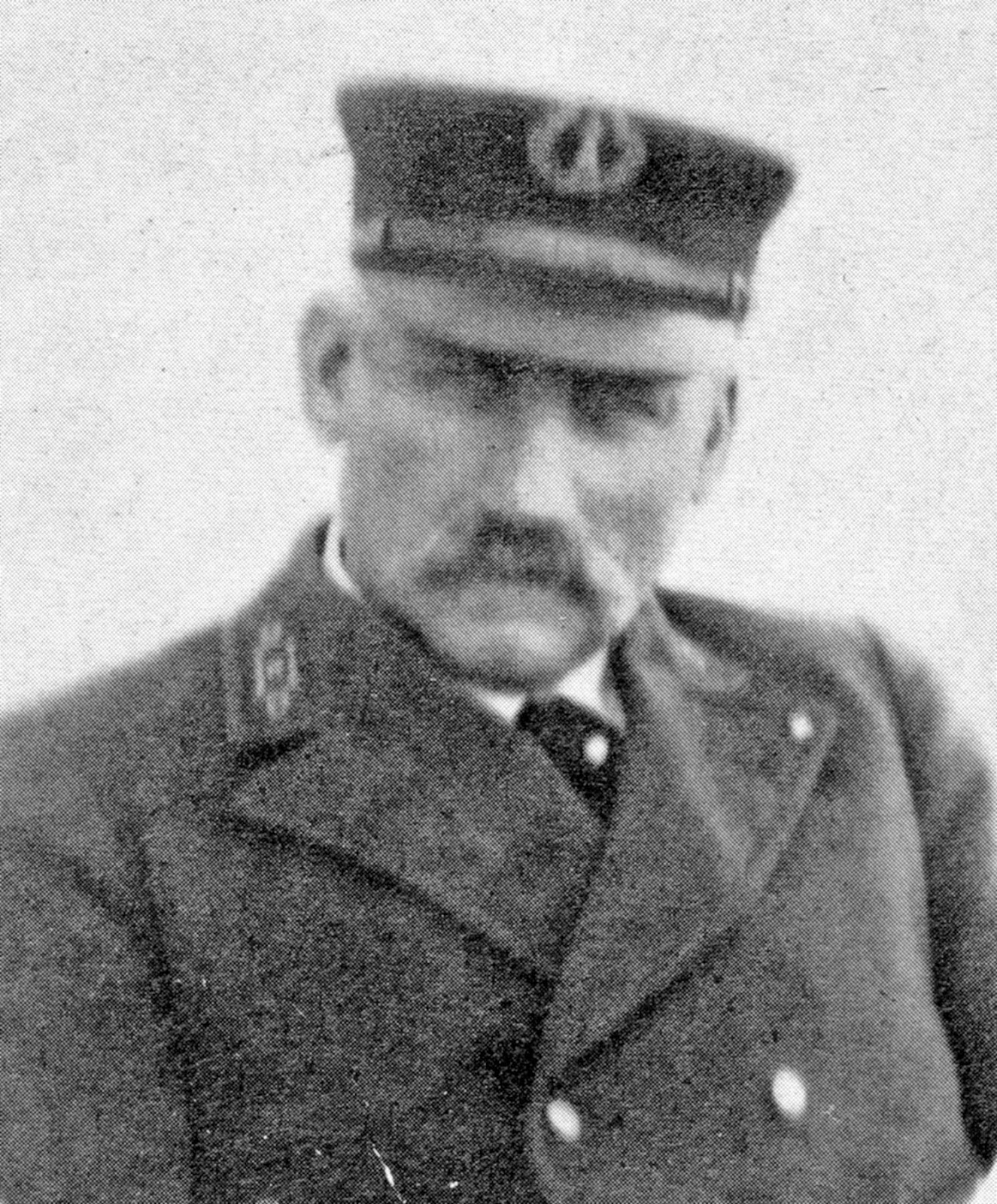 Fairfield Moore, previously at Rockland Breakwater Light, was keeper of the Cape Neddick "Nubble" Light in York, Maine, from 1921 to 1928. The first birth of a child at the Nubble occurred on August 23, 1923, when Moore’s daughter, Phyllis Moore Searles, delivered a baby girl.

In July 1926, it was reported that the fog bell tower was moved about four feet from its foundation by a powerful storm, leaving it on the brink of a precipice. Moore didn’t dare sound the bell because he feared that the vibration could plunge the bell and tower into the sea. Repairs were soon completed. 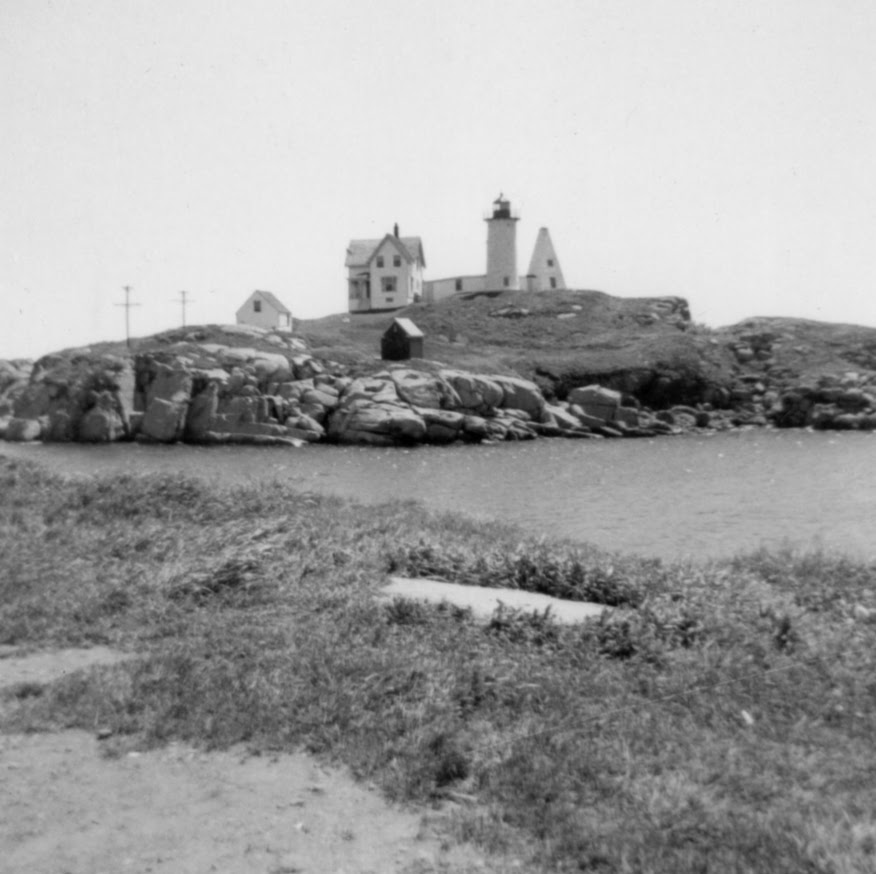 On March 20, 1927, the keeper’s daughter Eva Moore Kimball went into labor during a severe snowstorm. Keeper Moore rowed across the channel and picked up a local doctor. The two men returned to the Nubble just in time for the last seconds of the birth of Eva’s daughter, Barbara.

Barbara Kimball (Finnemore) lived at the lighthouse until she was six. Her favorite memory was accompanying her grandfather to the top of the tower to light the lamp.

For more on the Cape Neddick "Nubble" Light, click here.

Posted by Lighthouser at 8:32 AM No comments: 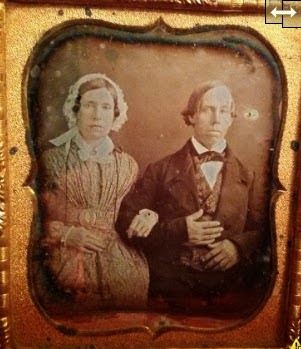 This is a Daguerrotype of Silas Gardner Shaw and his wife Ann, c. 1858. Courtesy of Cheryl Vislay. Shaw was keeper of Beavertail Light in Jamestown, Rhode Island, 1858-1862 and 1863-1869. His daughter, Lena Clarke of Jamestown, recounted some memories in a letter many years later:


"When we first went there was just a light, a barn and a stone wall around the government property. We soon had a henhouse, a sty (kept white), a flower garden, trellis with climbing roses, and a large vegetable garden. . . I often heard my father tell about a vessel going on the rocks south of the light and how the men came ashore carrying pails of cider and rolling pins, part of the cargo. . . In a severe storm, when another craft was grounded, one of the crew made his way ashore, carrying a heavy sea chest on his back, and the wind was so strong it blew him down on the rocks. . . Whenever my father heard a noise in the night, he always took his gaff hook and lantern and went along the shore to try to find out what it was. One night he saved five or six men whose yawl had washed on the rocks, and brought them to the light to remain during the night."