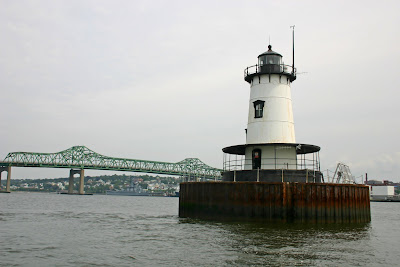 In September 2008, attorney Michael Gabriel of Nevada was the high bidder, at $55,000, in an auction for Borden Flats Lighthouse in Fall River, Massachusetts, under the guidelines of the National Historic Lighthouse Preservation Act. Mr. Gabriel announced that he was going to establish a microbrewery at the offshore lighthouse, according to this article.

Now, according to General Services Administration spokeswoman Paula Santangelo, Mr. Gabriel has defaulted on the closing of the property, and the lighthouse will once again be put up for auction. I'll post details here when they're available.

Too bad no nonprofit organization or community in SE Mass. came forward to apply for ownership of this lighthouse before it was put up for auction.
Posted by Lighthouser at 2:17 PM No comments: 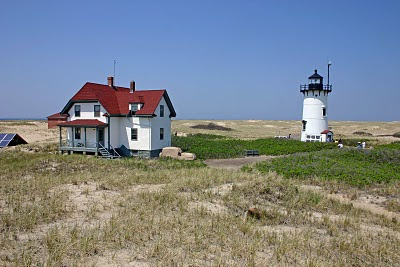 Race Point Light Station in Provincetown, Mass., on Cape Cod, will be open to the public for tours on the first and third Saturdays of each month from June until October. The lighthouse will be open from 10:00 a.m. to 2:00 p.m.

The touring season will be suspended if the federally-protected piping plovers nest and block access to the lighthouse. Once the plover chicks fledge, tours will resume.

Click here for more information.
Posted by Lighthouser at 2:02 PM No comments:

You can read more about this event on the website of Foster's Daily Democrat: click here.
Posted by Lighthouser at 7:27 AM No comments: