I took this shot on Thursday during my first van tour of the season.

Click here for the schedule for New England Lighthouse Tours.

Posted by Lighthouser at 8:49 PM 3 comments:

Here are some images of today's tall ship parade in Portsmouth Harbor, with Fort McClary and the shoreline of Kittery Point, Maine, in the background. These photos were taken from the top of Portsmouth Harbor Lighthouse in New Castle, NH.

The first photo shows the Lynx, a replica of a War of 1812 privateer, and the HMS Bounty, replica of the famous 18th century British ship, passing Fort McClary. 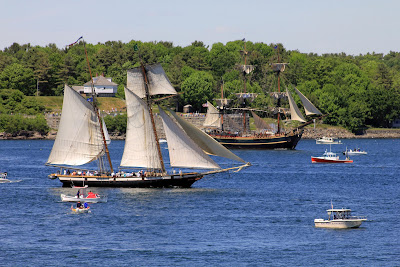 The second photo shows a fireboat approaching the Bounty. 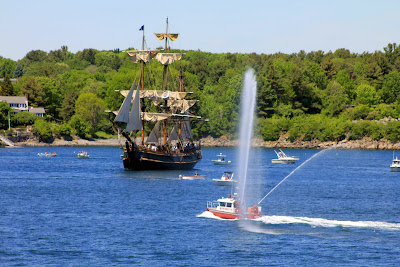 Here's another shot of the Bounty near Fort McClary. 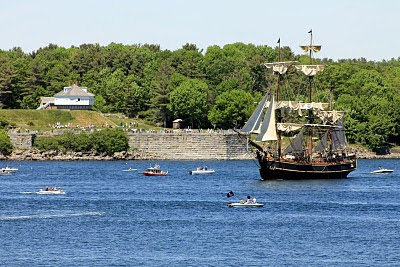 And here's a video clip of the Lynx firing some cannon shots.

The tall ships will be open to the public this weekend -- click here for info.
Posted by Lighthouser at 1:24 PM 1 comment: